The Fate of Queen Cassiopeia

Queen Cassiopeia is a mortal woman in Greek mythology most known for angering the god of sea and earthquakes, Poseidon. The ancient Greeks named a constellation after her, which is seen year round in the shape of a W and located in the northern sky. Her constellation is part of a group of several other constellations and is still recognized as one of the 88 modern constellations. 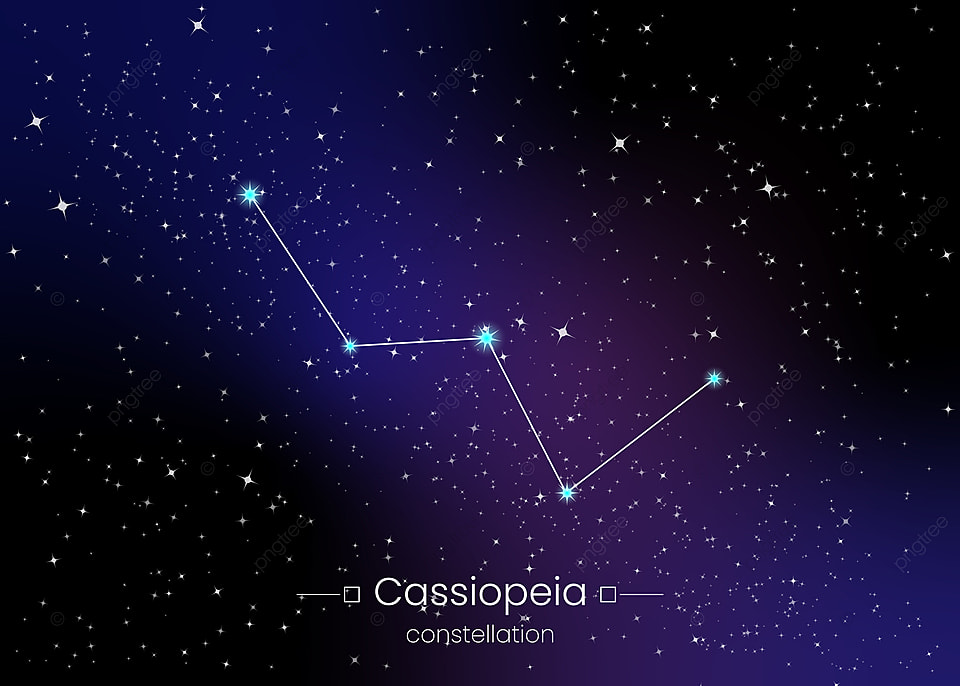 Cassiopeia (pronounced Kass-ee-oh-PEE-uh) has a few different stories surrounding her origin. According to some, she was the daughter of Coronus, a human male, and a water nymph named Zeuxo. Other sources say she was a nymph herself. Still one other writer, the Greek poet Nonnus, says that she was the daughter of Aeolus, who was a son of Hellen and a sea nymph named Orseis. What they all agree on is that she was either part or full sea nymph, and she was very beautiful.

Cassiopeia married Cepheus and became queen of Ethiopia. She and King Cephus had a daughter, whom they named Andromeda. Princess Andromeda inherited her mother’s great beauty, and Queen Cassiopeia boasted that she and her daughter were more beautiful than all the sea nymph daughters of the god Nereus. As with any other mortal who had boasted about being greater in any way than the gods, this did not fare well for Cassiopeia and Andromeda.

In response to her vain arrogance, Poseidon decided to punish both mother and daughter. Some accounts say that he caused Ethiopia to flood, while others say he called upon the sea monster Cetus to destroy the country. The stories are all clear though that, whatever the details of his punishment were, his intention was to completely destroy Ethiopia in response to Cassiopeia’s vanity and arrogance.

In an attempt to appease the wrath of Poseidon, Cepheus and Cassiopeia consulted an oracle, which told them they would need to sacrifice their daughter Andromeda. Andromeda’s death would have been a huge devastation to Queen Cassiopeia, but the choice was to either let the country be destroyed or to sacrifice the princess. Andromeda was then chained to a rock in the sea and left to be eaten by Cetus the next time he appeared to wreak havoc on the coast.

Luckily for Andromeda, the ending of her story is better than her mother’s. Perseus, a Greek hero, was nearby after having killed Medusa and heard about Andromeda’s fate. Intrigued by her story and legend of her great beauty, Perseus came to investigate. He arrived in time to see the sea monster rising up from the deep toward the unfortunate princess.

Perseus managed to kill the monster using the severed head of Medusa and save Andromeda. They were married soon after and lived a full life together, producing nine children. At the end of her life, Andromeda was placed in the sky as a constellation by the goddess Athena so she could spend eternity with her husband Perseus, who was also awarded a place in the sky because of his heroic deeds.

While Poseidon decided not to punish Andromeda further, he could not allow Queen Cassiopeia to go unpunished. He sat her on her own throne, which he caused to be placed in the heavens. Because of her position in the night sky, half of the time her chair hangs upside down, forcing her to cling to the throne to avoid falling off. She will spend all of eternity in torture as a constellation because no mortal can claim to be better than a god and not face fierce retribution.

Some sources disagree about the story behind the constellation Cassiopeia. There are some sources that say the constellation is just a testament to Perseus’s adventures and is not actually the tortured queen at all. In either case, either Cassiopeia or her likeness hangs in the sky near Andromeda and Perseus as a constant reminder of their stories and as a warning against vanity and pride. Another constellation in that portion of the sky was also named after Cassiopeia’s husband, King Cepheus, though legends do not explain how or why he was placed among the stars with the rest of his family.

The gods in the Greek pantheon have a reputation for jealousy. Many problems encountered by characters in Greek mythology stem from a jealous god, either jealous of each other or of mortals. Their jealousy ranges from relationships to status to mortals seeming in any way better than them. The story of Queen Cassiopeia is yet another example of humans incurring the wrath of the gods and was told as a warning to Greek citizens to stay humble and always treat the gods with respectful worship.

Morpheus
X We use cookies on our website to give you the most relevant experience by remembering your preferences and repeat visits. By clicking “Accept All”, you consent to the use of ALL the cookies. However, you may visit "Cookie Settings" to provide a controlled consent. We use your personal data / cookies, for personalisation of ads and that cookies may be used for personalised and non-personalised advertising.Read more on our privacy policy here
Read More Accept Cookie Settings
Manage consent

This website uses cookies to improve your experience while you navigate through the website. Out of these, the cookies that are categorized as necessary are stored on your browser as they are essential for the working of basic functionalities of the website. We also use third-party cookies that help us analyze and understand how you use this website. These cookies will be stored in your browser only with your consent. You also have the option to opt-out of these cookies. But opting out of some of these cookies may affect your browsing experience.
Necessary Always Enabled
Necessary cookies are absolutely essential for the website to function properly. These cookies ensure basic functionalities and security features of the website, anonymously.
Functional
Functional cookies help to perform certain functionalities like sharing the content of the website on social media platforms, collect feedbacks, and other third-party features.
Performance
Performance cookies are used to understand and analyze the key performance indexes of the website which helps in delivering a better user experience for the visitors.
Analytics
Analytical cookies are used to understand how visitors interact with the website. These cookies help provide information on metrics the number of visitors, bounce rate, traffic source, etc.
Advertisement
Advertisement cookies are used to provide visitors with relevant ads and marketing campaigns. These cookies track visitors across websites and collect information to provide customized ads.
Others
Other uncategorized cookies are those that are being analyzed and have not been classified into a category as yet.
Save & Accept
Powered by