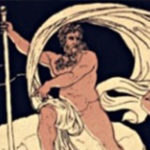 Aeolus is the name of a few different characters in Greek mythology, but the one most commonly associated with the name is the god of winds. He plays a key role in Homer’s Odyssey, in which he’s also known as the keeper of the winds. This Aeolus, from the story, was originally human, but in […]