Below is an A-Z list of Greek heroes from the stories and myths of ancient Greece. 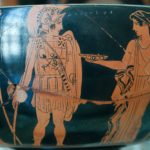 In ancient Greek mythology, Actaeon was a prince of Thebes and famed hunter. The Theban hero was trained by the centaur Chiron and eventually slain by Artemis, the goddess of the hunt, the moon, the forest, and archery. Actaeon’s crime varies depending on the source, but his ultimate fate remained constant. Artemis transformed the hunter […]

Aeneas is a Trojan hero in both Greek and Roman mythology, though he is more prominent in the Roman tales. His origin story is told in the Homeric “Hymn to Aphrodite”. Aphrodite caused Zeus to fall in love with mortal women, and Zeus decided to get payback. He provoked her infatuation with a cattle farmer […] 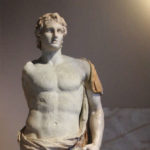 Alexander the Great, also known as the King of Macedonia, was a famous Greek king who came to the throne in the year 336BC. He is widely regarded as being one of the most successful military commanders in all of history and was responsible for changing the face of the ancient world.

Atalanta was a huntress and a favorite of the goddess Artemis. She was one of the few female heroes in Greek mythology, and is first mentioned in “Catalogues of Women,” a poem believed to have been written by Hesiod.   Atalanta had a number of adventures. She took part in the Calydonian boar hunt. The […] 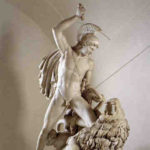 Daedalus was well known as a genius inventor in Greek mythology and he is both a central part of several myths as well as a side character in a few others. He is perhaps best known for two things, though – he is both the architect behind the Labyrinth and the father of the tragic […] 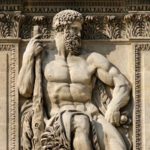 Heracles is one of the most recognised and famous of the divine heroes in Greek mythology. The son of Zeus and the mortal woman Alcmene, he was considered the greatest of the heroes, a symbol of masculinity, sire of a long line of royal clans and the champion of the Olympian order against terrible monsters. […]

The Tragic Story of Icarus A Cautionary Tale A young man named Icarus holds center stage in a very memorable tale from ancient Greek mythology. Even today, some people recount this story as a cautionary warning. Overconfidence sometimes produces disastrous results! The Son of a Famous Craftsman Icarus became well known in legends mainly on […] 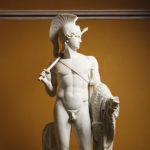 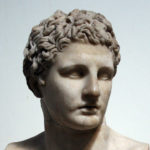 In Greek mythology, Meleager was a heroic figure from Calydon in Aetolia. His father was King Oeneus and his mother was Queen Althaea. He had a number of brothers and sisters, including Toxeus, Thyreus, Clymenus, and Gorge. According to some versions of his story, his father was actually Ares, the god of war, with whom […]

In Greek mythology, Odysseus is the great-grandson of Hermes, one of the twelve Olympian Gods. He is the son of Laertes, the king of Ithaca, and Anticlea and the husband of Penelope and father of a child named Telemachus. Known for his leadership skills, wit, and intelligence, Odysseus is most famous for his ten-year journey […]

A hero in Greek mythology, Peleus was born to King Aeacus of Aegina and the mountain nymph Endeïs. Alongside his brother Telamon, Peleus was forced to flee his home after the accidental killing of their half-brother Phocus in a hunting accident. In exile, the brothers joined their friend Heracles on a series of famous adventures, […] 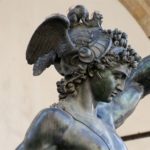 The Argonauts were a band of heroes united in the common cause of taking the Golden Fleece from Colchis. This was a group of some of the most legendary heroes of all of Greek mythology, one of the few times in the myths where a group of heroes team up to accomplish a goal. The […] 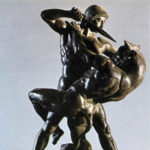