The Titans - the first pantheon of Greek deities

The mighty Titans were a powerful race that ruled the world before Olympians, in a time of the Golden Age of man. They were immortal giants of incredible strength and knowledge of old religion rituals and magic. They are also known as the Elder Gods and their dwelling place was at Mount Othrys. In Greek culture they were interpreted as personifications of the Earth (Gaea) and the Sky or Heavens (Uranus).

The first generation of Titans were the direct descendants of Gaea and Uranus who originally gave birth to Twelve Titans, six males and six females.

The six males were Coeus, Cronus, Crius, Hyperion, Iapetus and Oceanus and the females were Mnemosyne, Phoebe, Rhea, Theia, Themis and Tethys. They arose to power when Cronus, in a plot with his mother and his brothers, castrated his father Uranus and took the rulership of Cosmos from him.

During this reign, some brothers and sisters consorted with each other while others consorted with sons and daughters of their relatives and gave birth to the second generation of Titans. Hyperion and Theia gave birth to Eos, Helios and Selene, while Coeus and Phoebe brought forth Leto and Asteria. Oceanus and Tethys gave birth to Oceanids and Potamoi who are in general not referred as Titans.

However, an Oceanid Clymene, a daughter of Oceanus and Tethys, helped Iapetus to continue the next generation and bore him Atlas, Prometheus, Epimetheus and Menoetius. Crius and his half-sister Eurybia, a daughter of Gaea and Pontus, brought forth Astraeus, Pallas and Perses and, eventually, Cronus and Rhea gave birth to younger gods, Zeus, Hades, Poseidon, Hera, Hestia and Demeter who rebelled against Cronus and his followers and later defeated them in a ten-year war, known as Titanomachy.

Atlas was a Titan who was responsible for bearing the weight of the heavens on his shoulders, a punishment bestowed on him by Zeus. Atlas was given this task in retribution for him leading the Titans into battle, or Titanomachy, against the Olympian Gods for control of the heavens. 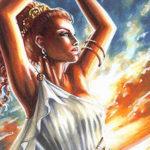 Aura was a nymph (minor diety) that appears in both Greek and Roman mythology. She was the daughter of the Titan Lelantos and Periboa. Aura is associated with gentle breezes, especially the cool, fresh winds that occur early in the morning. She was worshiped as part of an ancient Greek religion called the Eleusinian Mysteries. […] 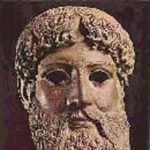 Coeus is the Titan God of the North, and the Titan of Resolve and Intelligence as well as the embodiment of the celestial axis around which the heavens revolve. 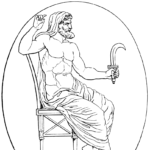 One of the most exciting tales in Greek Mythology is the succession myth. Ancient Greeks went through many generations of deities who fought to lead the world and rule from above. While most are familiar with the last generation, the 12 Olympians before them also achieved incredible feats. However, they would never exist if not […] 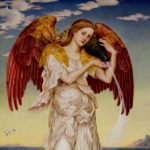 Eos is a Greek goddess who shows up more often in literature, such as the Odyssey, than in actual religious practice. She remains reasonably famous in spite of that fact, mostly because one of her main myths was popular in Athens, which left more written records than most other parts of Greece. Who Was She? […] 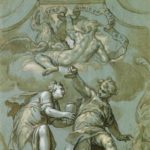 The tale of Epimetheus is one that poets often use to describe the unfavorable habits of humans. His myth involves the creation of man and the disastrous ramifications of acting before thinking. Epimetheus isn’t as well-known as other figures in Greek mythology, but his story is certainly memorable. The Origins of Epimetheus Epimetheus is a […] 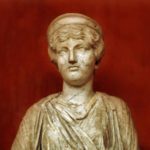 Eurybia – Goddess of the Mastery of the Seas.

The fables and figures in Greek mythology profoundly impact modern storytelling. Despite their divine nature, gods and goddesses had complex relationships that inspired tales throughout history. Even today, you can see connections with contemporary literature and concepts covered in retellings by Hesiod, Homer, Apollodorus, and more. While figures like Zeus, Aphrodite, and the other Twelve […] 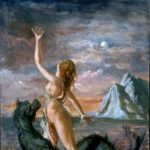 In Greek Mythology, Eurynome was a Titan Goddess and the third wife of Zeus. She was known as the goddess of meadows and pasturelands. She had the three Charities with Zeus, who are known as the goddesses of grace. She was the daughter of the Titans Oceanus and Tethys, which made her an Oceanid. She […] 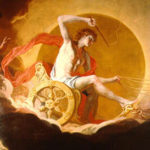 A handsome Titan with flowing hair, driving a golden chariot pulled by four fiery steeds across the sky. That was the image that would come to the minds of ancient Greeks when they thought of Helios. To them, he was the representation of the sun and sunlight, traveling across the sky every day. Some authors […] 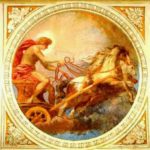 Hyperion is the god of light, he is the son of Uranus and Gaea. Hyperion in turn is the father of the sun, Helios; the moon, Selene and the dawn, Eos. His wife was Thea, who was also a Titan and the goddess of sight and the blue of the sky. 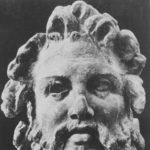 Before the familiar Olympic gods of the Greek Pantheon rose to power, a generation of deities ruled during the Golden Age of man. While most are familiar with the later parts of Greek mythology, the earlier Titans played a valuable role in the mythos. Their stories shaped Ancient Greece, offering explanations for many foundations of […] 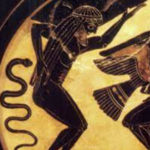 Lelantos – The God Of Air

Greek gods and goddesses have complex connections. While the lineage of most deities is well-known thanks to the likes of Hesiod and other poets, not all family connections are cut and dry. Some details of divine heritage are murky at best, leaving some gods to get lost by the wayside. One such example is Lelantos. […] 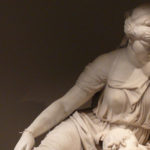 Leto – The Goddess of Motherhood

The most famous deities in the Greek pantheon are the Twelve Olympians. While many gods and goddesses came before them, the Olympians famously ruled on Mount Olympus and participated in many stories throughout Greek mythology. Most of the famous immortals come from the same Titan parents. The fall of the Titans and the subsequent rise […] 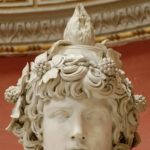 In Greek mythology, many gods and goddesses represented more than just the foundations of the physical world. Some personified human emotions, strengths, and weaknesses. One god, Menoetius, embodied a negative character flaw that ultimately led to his demise! The Origins of Menoetius Menoetius was born to Iapetus and Clymene. Iapetus was the god of immortality. […] 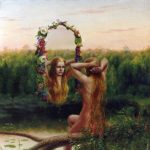 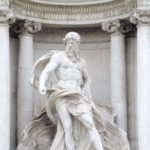 The ancient Greeks recounted many legends about the earliest rulers of the Earth, a number of gigantic proto-gods called “Titans”. The ancient Greeks believed Oceanus, one of the Titans, exercised control over the world’s first oceans and waterways. Many early works of art depict him as somewhat resembling a man. He usually possessed the tail […] 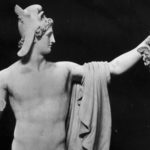 Long before the rise of the Olympians, Titans ruled the world. In Greek mythology, the Titans were a race of elder gods. The earliest generation of Titans was born from Chaos. Known as primordial deities, the first Titans represented fundamental principles of the Earth and universe. However, their children and subsequent generations resembled humans and […] 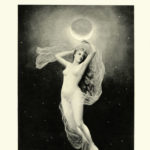 The most retold stories in Greek mythology involve the Twelve Olympians of the Greek Pantheon. Their action-packed and emotional tales continue to serve as inspiration for media today. The Olympians are, without a doubt, the most famous figures in mythology. However, they wouldn’t reach the upper echelons of lore without the ancestors that came before […] 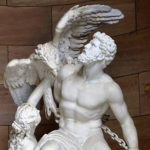 Prometheus was the famous Titan god of fire. His name is thought to mean “forethought’. He is credited with molding mankind out of mud and clay. Unfortunately, his desire to improve the lives of his creations, resulted in constant conflict with Zeus. Son of the Oceanid Clymene and the Titan Iapetus, he along with his […] 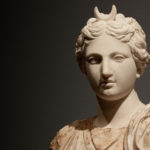